The Mine - The Evil Within

A Doctor, an archaeologist, a forensic expert, a psychologist and a spy. Five very different types of people assembled together. What's familiar between them? Obviously the common factor was the mine and the Evil. The evil they had to face in their journey and the evil within their heart. 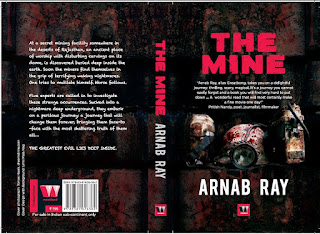 The name 'Greatbong' was associated with his blog. The blog which always comes up with the most hilarious of posts reviewing the latest Kanti Shah movies. Not only that he blogs about all possible issues from politics to sports and most of those were wonderfully well written with the perfect mix of wit, sarcasm and personal feelings. He never stops before writing his own point of view in any subject and that's where I found his blog wins the reader’s heart due to that simple personal touch.


The quality of his blogs are still the same but from today onward, I am going to relate 'Greatbong' aka Arnab Ray with 'The Mine', his second book.

I first came to know about ‘The Mine’ through Arnab’s twitter feed. I saw Greatbong posting about the upcoming release of his new book. And then just after the release he started re-tweeting tweets of his readers praising the book. “Intense”, “Mysterious”, “scary” I remember a few of those adjectives mentioned in those re-tweets.

I was not very positive about this book, ‘another Chetan Bhagat on the making’, I thought. But I will accept that these adjectives actually stole my attention. I thought this would have been another mushy rom-com of IIT pass outs but how can someone uses “Mysterious” when most of those brands of stories are as predictable as it gets.

So, on a Sunday evening I went to the South City Starmark and got this book, I was reading some other book at that time and hence only started this one on the following Saturday and Completed in next two days despite the fact that most part of those two days I have spent in two weddings, one overnight drinking party and traveling in local train (ok, the traveling part actually helped as reading is the best thing you can do alone in a moving train). I did something which I never did in my previous five years of professional career. I read that last 40 pages of the book sitting in my work desk carefully not to be captured by top bosses. My manager deserves a thanks, he understood the eagerness to finish the book and did not say a word.

As I went into more and more in the story, I felt the intensity. Slowly the book started getting into me. The plots started to revisit in my memory even when I am not reading the book. I felt an extreme urge to know about the future of the characters and their past. Yes, the Past, which at different stages come back to haunt those characters. But for a reader it was an astonishing experience where these pasts and futures get mixed together and explain what is happening in the present.

I would not call ‘The Mine’ as “A wonderful read”. No it’s not. It’s disturbing, at places distressing because of the gore. But believe me, the horror part or the gore is not coming from authors fancy. All those events do have a resemblance with world we know. Arnab has just picked those incidents from our life and put it in his story and that’s not where his mastery is. His mastery is in his writing skills, which were evident from the way he did connect all the loose ends of a thread and made this an intense book of pure evil.

I am not going to get into the summarized story. That’s easily available in internet. Just what I am going to tell you is that this book is the journey of five completely different individuals through the toughest time of their life when their past came back time and times again to haunt them. And not only these five, all the other characters have fair part of their share of their past. And obviously the true evil lies inside every human being. As you would realize at the end that it’s not the people in darkness where the true evil lies, it actually stands in the light; right next to you may be raising their dirty heads.

The book tells you stories of revenge. Revenge, one of the purest emotions of human mind has the capability of bringing the true evil from the darkest corner of someone’s heart. But what someone forgets is that when they are busy planning all their moves for a perfect revenge where their victims can not have any other option but to be mercilessly get slaughtered from all their happiness, pride, self respect and finally their life, there is someone who is planning the most terrifying revenge on them. That someone may be God or may be just their conscience. But there will be day when everyone would have to answer “Why?”

And that’s what Ray has done in this 280 odd page books. He tries to find out the answer of that ‘Why’. Yes, parts of these books are taken from some of the horror films of Hollywood like ‘Saw’ but the final product which is created by Arnab is just his own. After I finished the book, the plots kept lingering in my mind, and I actually woke up in the dead of night with a scary nightmare about this book.

This is a wonderful work in a rare genre in Indian literature, ‘The Mine’ is going to stay in readers mind for a long time. Not everyone may accept that but as you know ‘The Greatest Evil Lies Deep Inside’.

Email ThisBlogThis!Share to TwitterShare to FacebookShare to Pinterest
Labels: Book Review, Greatbong, The Mine

"It’s always very easy to give up. All you have to say is ‘I quit’ and that’s all there is to it. The hard part is to carry on”

Legen- Wait for It- dary 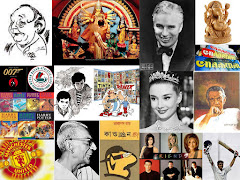 A few Things which make my Day! 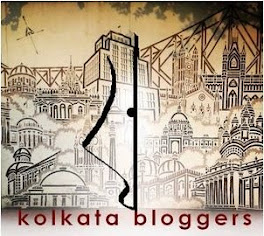